Russia is preparing to approve international cryptocurrency payments, but industry insiders do not believe this will allow the country to evade sanctions. At the same time, the United States is tightening its turf, and recently, new legislation in Congress targeted the use of cryptocurrencies to evade Western-imposed financial restrictions.

This week, Russian authorities announced that they had begun developing a mechanism for cross-border payments using cryptocurrencies, with the aim of alleviating sanctions pressure on Russia’s economy and trade. The Finance Ministry said a bill legalizing such transactions has been agreed with the Central Bank of Russia.

Moscow is now rushing to adopt regulations on the issuance, circulation and payment of imports and exports, which are restricted by Western sanctions for various operations with digital currencies, especially for aggression against Ukraine. Meanwhile, the U.S. House of Representatives has approved a new bill aimed at curbing the use of cryptocurrencies to avoid them.

Against this backdrop, industry-savvy experts shared their views with the Russian media on how practical it is to use cryptocurrencies to evade sanctions. The crypto page of Russian business news portal RBC has summarized them in an article. Its title begins with the expression “Great Illusion”.

According to Maria Stankevich, development director of digital asset exchange Exmo (Exmo.com), the introduction of a cryptocurrency payment system under sanctions is just that, a big fantasy. She recalled that many state-owned companies had discussed the option in 2014, amid previous sanctions adopted after Russia’s annexation of Crimea.

Mikhail Zdzharov, a senior attorney at Tomashevskaya & Partners law firm, agreed with cryptocurrency executives that the idea of ​​overcoming financial obstacles with the help of cryptocurrencies is not new. . In 2018, Russian authorities considered allowing international companies established in the country’s special administrative regions to use digital coins for settlements with partners, but the proposal met with very negative attitudes at the time. It was rejected by the regulatory authority that was taking it.

Regulatory pressure typically falls on institutional investors such as cryptocurrency exchanges, peer-to-peer platforms, and issuers of digital and tokenized assets, said Zhuzhzhalov. Although cryptocurrency circulation itself is not regulated, he noted that it is easy to target licensed companies that operate legally, emphasizing:

If such market participants are subject to unfriendly jurisdictions, they are obliged to comply with sanctions. And if they are located in a neutral country, they could be pressured by secondary sanctions, as was recently seen with Turkish banks.

Two of the five Turkish lenders of Russian meal cards have decided to suspend operations of payment systems widely used by Russian tourists visiting the country. The move follows clear signs earlier this month that Washington is likely to impose sanctions on countries doing business with Mir. is made.

Maria Stankevich has admitted that it is almost impossible to hide large amounts of transactions, and that anyone who wants to use cryptocurrencies to cooperate with Russia will be sanctioned. She believes it will go down. He added that tracking cryptocurrency transactions is easier than bank transfers. “We have to accept that the current situation limits our interaction with the West,” she concluded.

Do you think Russia can reduce sanctions pressure by adopting cryptocurrencies for cross-border payments? Share your thoughts on the matter in the comments section below. 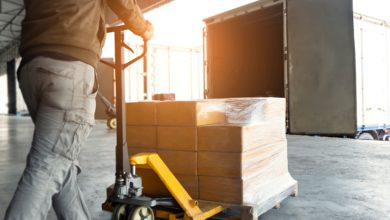