Canada’s Foreign Minister Melanie Joly will meet the Prime Minister of Ukraine during a week-long trip to Europe as the ghosts of Russia’s invasion approach.

Jolly departs for Europe on Sunday and returns to Canada on Saturday, January 22nd.

“The gathering of Russian troops and equipment in and around Ukraine threatens the security of the entire region,” Jolly said in a statement.

“These offensive actions must be deterred. Canada will work with international partners to support a rule-based international order and maintain the human rights and dignity of Ukrainians.”

In a statement to Global News, Global Affairs said Jolly’s conference would focus on “Russia’s invasion and ongoing destabilization activities in and around Ukraine.”

Jolly reaffirms Canada’s support for Ukraine’s sovereignty and the importance of “collective security” in supporting its independence, the statement said.

Russia has gathered about 100,000 troops on its border with Ukraine, and the invasion may continue.

Russia has demanded a guarantee from NATO that Ukraine will not join the alliance. This is a request rejected by the United States and NATO.

Talks between Russia, the United States and NATO took place on Monday and Wednesday, respectively, but Russia’s Deputy Foreign Minister Sergei Ryabkov said there was a “dead end or difference in approach” on RTVI television. He believes there is no reason to resume the same discussion in the next few days.

US President Joe Biden has warned of “serious consequences” if Russia invades Ukraine. 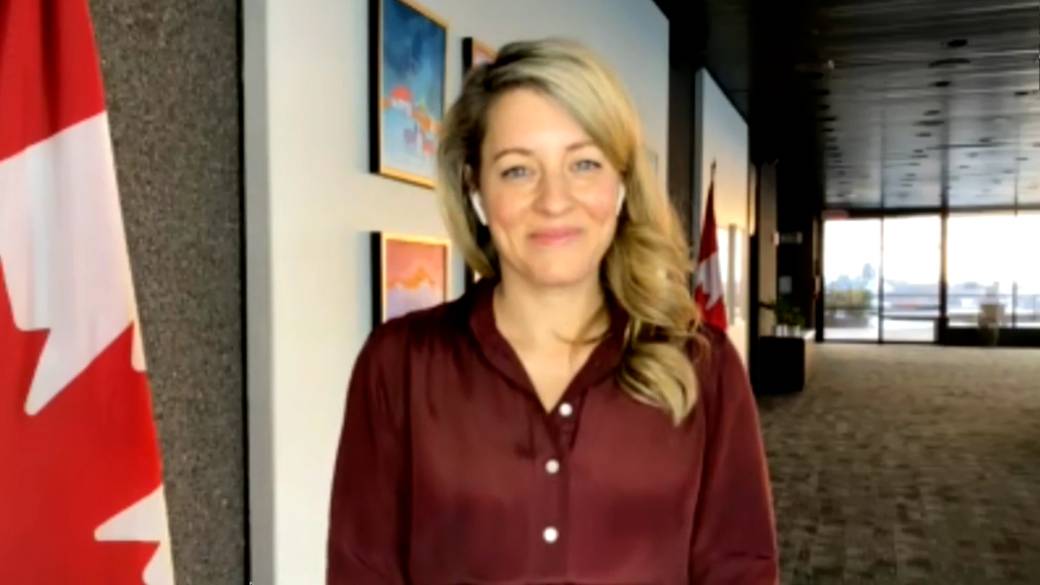 Canada currently has up to 915 members of the Canadian Armed Forces (CAF) and can be deployed “at any time” to NATO missions as part of Canada’s largest current international military operation, Operation REASSURANCE.

According to the Pentagon, “they are there as part of NATO’s guarantees and deterrents.” “These measures are aimed at strengthening NATO’s collective defense.”

Russia is planting an excuse for aggression, the United States says

The White House said Friday that US intelligence had discovered that Russia had begun efforts to make an excuse to invade Ukraine.

Press Secretary Jen Psaki said the findings show that Russia plans to consider Ukraine as an invader and is running a social media disinformation campaign to lay the groundwork.

Saki said Russian operatives may use explosives against their own surrogate forces and condemn Ukraine’s actions.

“We are concerned that human rights abuses and war crimes could be rampant if the Kremlin prepares for an invasion of Ukraine and diplomacy fails to achieve its goals,” Pusaki said.

The findings estimate that the military aggression could begin between mid-January and mid-February.

On Friday, Ukraine was hit by a massive cyberattack, and Russia said it had attacked about 70 government websites, suspected of being attacked but not directly blamed.

Some of the messages written on the hacked government website are: “All the information about you has been released and I’m afraid to anticipate the worst.

“This is for your past, present, and future.”

— Use Associated Press and Reuters files