According to the Taiwan Ministry of Defense, the Taiwanese Air Force scrambled again on Sunday, warning 27 Chinese aircraft that entered the air defense identification zone.

China claims Taiwan complains about a year or more of repeated missions by the Chinese Air Force in the southwestern part of the Air Defense Identification Zone (ADIZ) near democratically governed islands, often near the Taiwan-controlled Platas Islands. Is saying.

Taiwan calls China’s repeated military operations in the neighborhood a “gray zone” war, with the aim of exhausting the Taiwanese army by repeatedly scrambling it and testing Taiwan’s response. is.

In the four days starting October 1, when China celebrated National Day, Taiwan said nearly 150 PLA ​​military aircraft had entered the ADIZ. To respond to all threats.

According to a map provided by the ministry, the bomber and six fighters flew south of Taiwan into the Bashi Strait, which separates the island from the Philippines, into the Pacific Ocean, and then returned to China.

These aircraft come with refueling aircraft, suggesting that China has refueled short-range fighters in flight, refining the Chinese Air Force to be able to project more power from China’s coast. It is a skill that is being used.

Taiwan sent fighters to warn Chinese aircraft, and missile systems were deployed to monitor them, the ministry said. 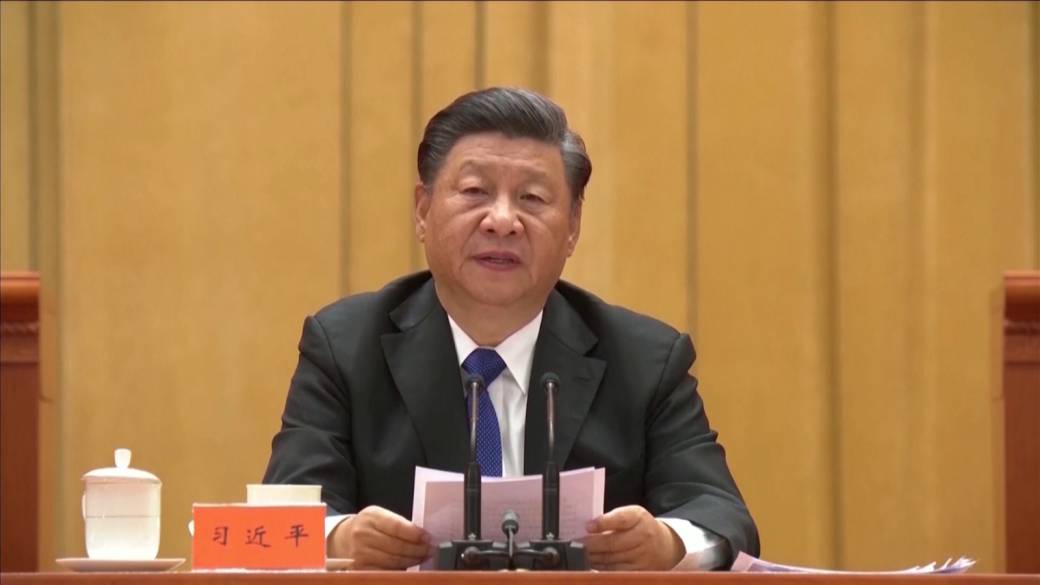 2:14China’s Xi states that “unification” with Taiwan must and will be achieved.

China’s Xi states that “unification” with Taiwan must and will be achieved – October 9, 2021

In the past there was no immediate comment from China that such a move was a training aimed at protecting the sovereignty of the country.

However, China’s national media reported that President Xi Jinping held a three-day meeting with the country’s top executives on Sunday to discuss ways to further strengthen the army through human resource development.

The reading of his remarks did not directly mention Taiwan, but Xi emphasized the need to modernize the army in order to be able to win the war.

“We need to strengthen our hands-on experience, encourage and guide officers and soldiers to experience the wind and rain, see the world, strengthen their muscles and bones, and develop their talents in intense military action.”