As National Day for Truth and Reconciliation approaches September 30, people and businesses are gearing up for a day of education, celebration and reconciliation.

The orange shirt has become a symbol of reconciliation in Canada, and as a result, people are trying to get it.

One place known for orange shirts is the indigenous-owned Pebl Goods in Saskatoon.

“(We) try to change, promote and work towards improving and improving people’s lives,” said owner Derek Rope. “For the Native peoples of Saskatoon and its surrounding areas, and ultimately throughout the state.”

The store sells “Every Child Matters” orange shirts for $24.00, with a portion of the proceeds going directly to the community, hoping to educate young people about reconciliation and the struggles faced by Indigenous peoples. But groups can also get together and have fun. .

“We want to create spaces that are safe, welcoming and social,” says Rope. “And our community can get involved and provide opportunities to enjoy good health and try different things in each other’s company.”

Both of Rope’s parents are survivors of the boarding school system, so National Truth and Reconciliation Day is a day close to him, one of the reasons he puts so much effort into his orange shirt.

“For me, and for myself, Orange Shirt Day is more than just a day,” Lope explained.

“So it’s about indigenous awareness and education, propaganda and shedding light on truth.” 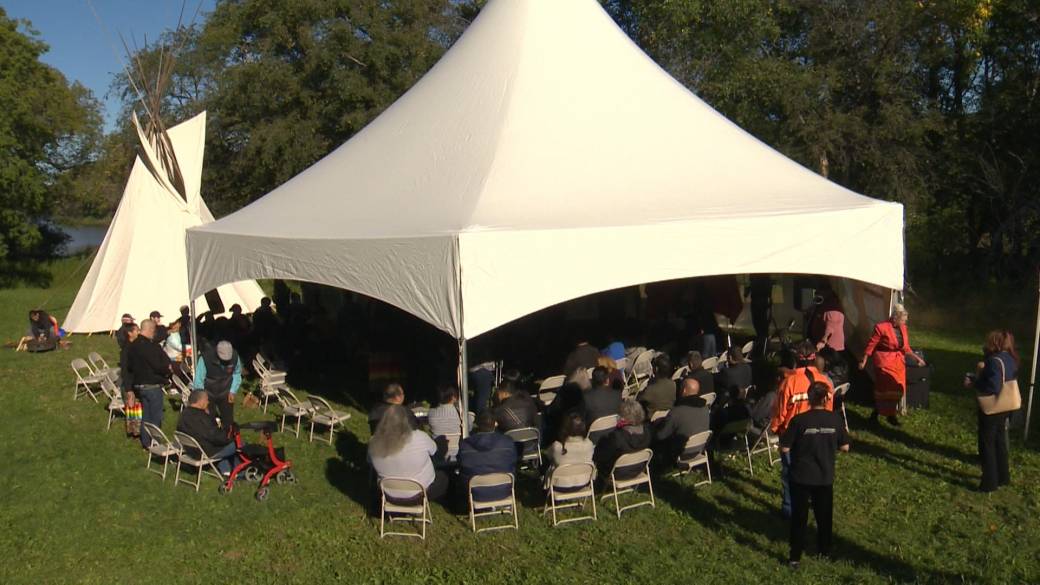 Other companies are also preparing statewide. Not an orange shirt, but Hillberg & Burk created an “Every Child Matters” necklace to commemorate the day and donated 100% of the proceeds to the Aboriginal Women’s Association of Canada.

In Regina, businesses like Four Fawns Clothing and Awasis Boutique are selling orange shirts, with proceeds going to a number of foundations focused on creating a better tomorrow.

With one week to go until National Day for Truth and Reconciliation, Lope hopes that this day will bring people together to ask questions not just about the past, but about the future.

“There can be no reconciliation without truth,” he said. “As citizens of our community, I believe it is up to us to play an active role in our own education, our own awareness, and what we can do.

“If it doesn’t feel right, ask questions. And I think we need to be able to create a space for people to ask those questions.”