RCMP Commissioner Brenda Lucki vows to ‘change the future’ within the RCMP after scrutinizing its response to Canada’s largest mass shooting in history.

She was the head of the Nova Scotia Massacre, an independent public inquiry tasked with providing recommendations after a shooter driving a replica police car killed 22 people in a 13-hour riot in April 2020. I made a promise while testifying before the Casualty Commission.

“The past cannot be undone, but the future can definitely be changed,” Lucki told one of the lawyers representing the victims’ families.

“You have my promise.”

Lucky’s comments represent the families of Portapique victims Peter and Joy Bond on what the RCMP intends to do to avoid repeating the mistakes that made victims blame themselves for the 2020 shooting. It was in response to a question from Josh Bryson, an attorney. He holds the crime scene for 18 hours and 45 minutes.

The RCMP commissioner testified before the commission for the second day in a row on Wednesday, facing questions about the RCMP’s controversial handling of the mass casualties.

The Nova Scotia RCMP has come under fire for many decisions made during the shooting. This includes failing to immediately identify that there were active shooters when the military warned Porta Pique residents in a tweet that they had received “firearm complaints” and people. should stay inside.

Despite a series of 911 calls and eyewitness accounts that night, the RCMP also failed to inform the public that the perpetrator was driving a replica police car until the next day. 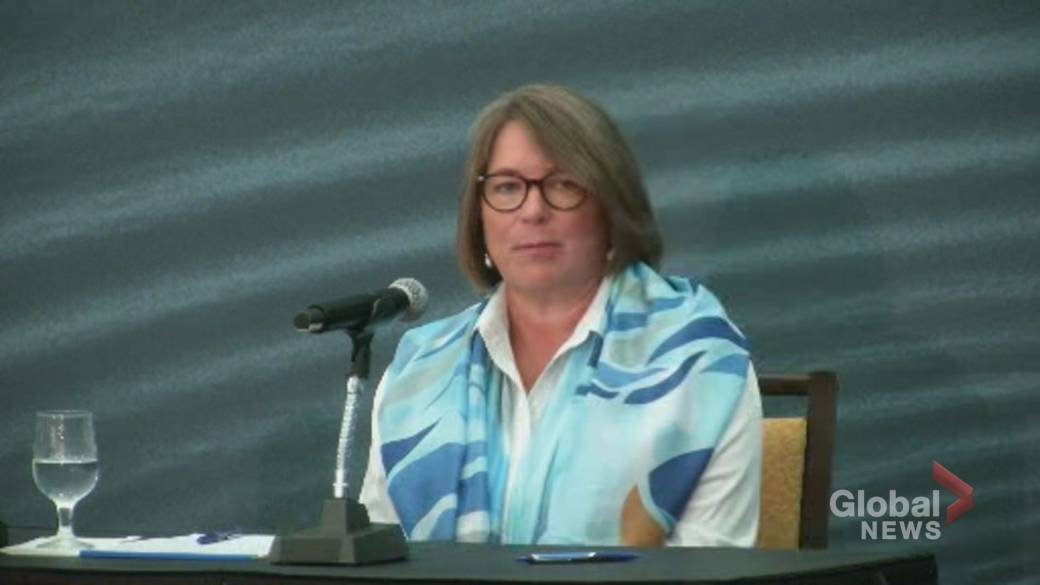 Members of the NS RCMP also criticized Lucki, claiming she pressured her to release information about the firearm after the shooting.

Lucky and then-Secretary of Public Safety Bill Blair have denied the allegations.

Lucki, meanwhile, promised Wednesday not to wait for the conclusion of the investigation to begin implementing changes within the RCMP.

“I have people taking notes on my testimony. I know they’re writing this down when you say you have my appointment. They’re tasked with it.” Deaf,” she told Bryson.

“Something happens once, it’s probably fine, but when it happens again, something is fundamentally wrong.”

When asked to elaborate on what specific changes have already been made in terms of training and other issues, Lucki said they hadn’t “yet.”

“I strongly believe that what you measure can be achieved,” she said, adding that feedback and implementation will be “tracked.”

One of the ideas Lucki came up with was to make analysts available during a major incident with an influx of information, some of which was contradictory.

“How do you handle the sheer volume of information? Events typically don’t have multiple crime scenes,” Lucki explained.

“I can’t imagine how they would deal with it… all the information coming in like this. Even telecommunications would be segregated.”

Analysts, she said, “have an enormous amount of information and are trained to work with it.”

Lucky’s testimony before the commission is scheduled to continue until 3:30 p.m. ET.

Brenda Lackey vows to ‘change’ after RCMP NS shooting response: ‘You have my commitment’

Source link Brenda Lackey vows to ‘change’ after RCMP NS shooting response: ‘You have my commitment’